Many Drivers who belong to the Uber Drivers Facebook site have heard about Abe Hussein's plan to organize a driver walk out during the weekend of October 16 - 18.

Hussein is a former driver, possibly deactivated by Uber, who has taken on a passion to increase fares and include tipping in the Uber rider app.

Many drivers agree that fees need to be increased and tipping should be added but not many drivers seemed to climb on board with the walk off.

In San Francisco there was a handful of drivers who showed up to to the Bay Area Uber office to protest but consumers never really notices a drop in the availability of cars or an increase (surge) in prices.   This according to a Oct 16, 2015 article by Fortune.

I am working this weekend and in my travels around the Los Angeles area found many drivers between the LAX area and Long Beach. Last night I even took an Uber home from my other job and the driver knew nothing about the strike.  There were a few dozen cars in my area and I only had to wait a few minutes for my ride home. 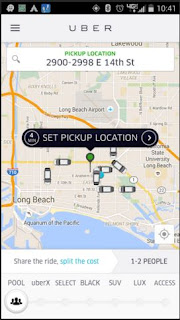 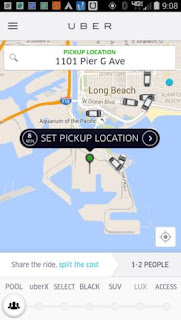 If drivers want tipping in the app they should alert every passenger to request that Uber includes that in the app. Uber does listen to criticism from riders, considering how easy it is to for them to deactivate drivers who perform less than 4.6 star service. Perhaps that should be the vehicle divers should use to modify the system.

Posted by Anthony Ashlin at 9:17 AM No comments:

This came in over the weekend: 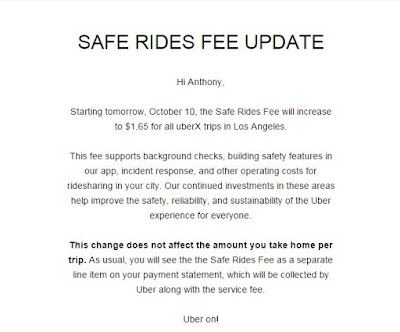 What this means is that the passengers will be paying the new increased fee and it will not affect the driver's income.


Posted by Anthony Ashlin at 10:50 AM No comments:

A word to new drivers, especially in large metropolitan areas. The police are out to get you with under cover tactics. Knowledge, understanding and following the rules in the area where you work is vital.

In LA cops are posing a frantic parents in need of a ride to get to the hospital. They flag and offer the driver cash and then bust him for accepting the cash.  NO GOOD DEED GOES UNPUNISHED! 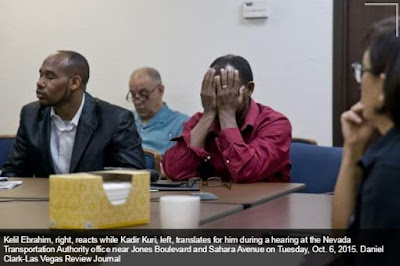 
The first transportation network company driver to be disciplined by the Nevada Transportation Authority was assessed a $2,500 fine at a hearing Tuesday for offering a ride to a plainclothes enforcement officer while not operating on the Uber platform.
Transportation Authority Commissioner Keith Sakelhide, serving as hearing officer in the matter, assessed the fine to Kelil Ebrahim, who spoke through an interpreter for most of the hourlong hearing.
Earlier, Ebrahim had asked Sakelhide for a delay in the vehicle impoundment hearing so that he could hire an attorney to represent him, but he reconsidered that Tuesday morning request and appeared without an attorney later in the afternoon.
Sakelhide could have assessed a fine as high as $10,000, but issued the fine of $2,500 recommended by Deputy Attorney General David Newton. Ebrahim asked for a lower fine, but Sakelhide left it at $2,500 because he said he felt he should have known the regulations for transportation network companies. Ebrahim also has worked as a taxicab driver for the Frias Transportation Group for seven months.
The Tuesday hearing was for the violation of regulation for the unauthorized use of a vehicle as a limousine and had to be conducted within 48 working hours of the incident because the vehicle was impounded. Ebrahim will have a second hearing and could face more fines on Oct. 21 for allegedly violating a regulation for operating as a common carrier without a certificate.
When Ebrahim was cited Friday, it was the Transportation Authority enforcement staff's first time out looking for drivers working off the platform.
According to a report filed by enforcement investigator Rachel Martines, Ebrahim's gray Toyota Prius was spotted in a bus loading zone at the Miracle Mile Shops at Planet Hollywood just before noon Friday. The driver asked the officer, "You looking for a ride?"
After acknowledging he was an Uber driver, the officer said she didn't have the Uber app on her smartphone and had no credit card.
The driver responded, "Well, that's OK, I can still take you." When asked what the cost would be, the driver responded, "I can do it for $20. Get in."
In testimony Tuesday, Ebrahim said he had received a ride hail on the Uber app and was trying to confirm whether the woman was his customer.
He also testified that he did not realize that he could not operate off the platform.
In a telephone interview late Tuesday, Uber spokeswoman Kayla Whaling said after the action by the Transportation Authority, the driver would not be allowed back on the Uber platform.
She said based on the number of rides Ebrahim had performed while on the Uber platform, it was clear that he understood the procedures. In addition, all of Uber's contracted drivers are required to accept the terms and conditions of the application in an emailed check-off box accompanying those terms.
The Transportation Authority has a database of drivers working for transportation network companies that can be used to prevent violators for working for other companies.
Ebrahim, an 11-year resident of Las Vegas, speaks Oromo, an Ethiopian dialect. An interpreter translated his testimony in the Tuesday hearings.
Posted by Anthony Ashlin at 9:57 AM No comments:


Here's another complaint. They have no choice ! Yeah you do don't go out and drink ! Attention everyone be aware off uber. They're taking advantage of people who go out and drink. After 1:30 they're price is sky high. Friday October 2nd around 1:40 am they had charged me 3 times more what I usually pay same distance same time. Next day October 3 I took taxi and taxi was cheaper. Uber are taking advantage for whom are out and drinking so they don't have choice. Be aware and God bless


My response to this:
This is called a surge and it is because most smart drivers are in bed at that time. Surge is based on supply and demand. Many seasoned Uber drivers are tried of picking up drunks late at night and having to stop for the rest of their shifts get their cars professionally cleaned after drunks puke in them.

If you don't like the surge you are most welcome to take a yellow cab and puke in there.

Uber and Lyft set their rates and increase them where the requests are greater than the drivers available in the area. Sidecar does not have a surge system but the drivers are allowed to charge as much as 2 times the Sidecar rates, if they have driven the required amount of rides (15 - 25) after signing up.

Below is what the driver app looks like when there is a surge.

Some driver will actually drive to the red areas on the map if they are near. They should not do that. This results in more divers in the area and a reduction of the surge price. Drivers should stay put and let the surge come to them.

Seasoned riders have multiple rideshare apps and they can decide which one to take or even take a Yellow cab. 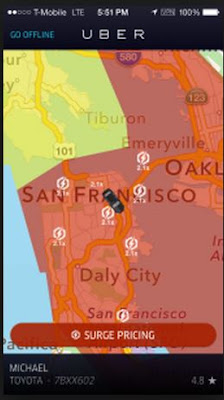 Posted by Anthony Ashlin at 8:43 AM No comments:

Salman Mukaty posted this in a Lyft Drivers Facebook page: 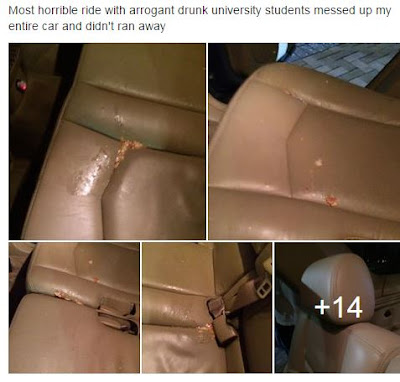 This is not worth the $4 or $5 you will make driving rowdy drunken students so here is what I do:


If I get a request from a Frat house or a college party I cancel the ride and drive off.

Let the little drunken brats puke in a Yellow Cab!

We are no obligation to accept every ride and to ensure you are not picking up drunks who will only make your ride a living hell, simply call them up first to confirm the address where you are picking them up. If it sounds rowdy or they sound drunk, cancel the ride.

If you live in a college town, find a better location to wait for rides. Train stations, bus depots, airport hotels are great places to pick up weary travelers who appreciate our services and clean cars.

Posted by Anthony Ashlin at 8:30 AM No comments: